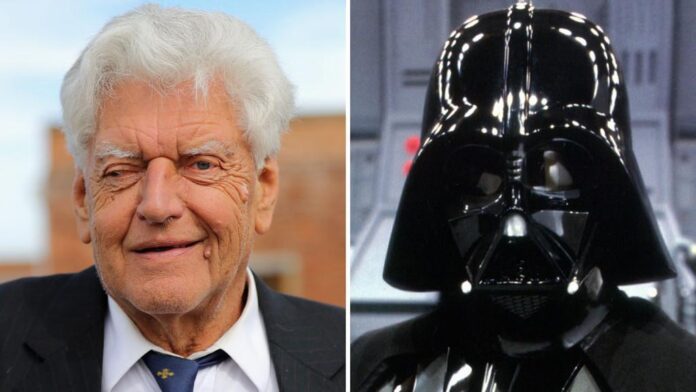 David Prowse, the original Darth Vader in the first trilogy of “Star Wars movies” bid us goodbye at age 85 this Sunday.

London: Actor David Prowse, was famous for portraying the role of antagonist Darth Vader in the original Star Wars trilogy, who died due to a brief illness, according to his management company.

Bovington announcing his death made a statement, “It’s with great regret and heart-wrenching sadness for us and millions of fans around the world, to announce that our client Dave Prowse MBE has passed away at the age of 85.”

The actor once asked why he chooses to portray a villain? he replied, “Everyone remembers the villain.”

Prowse was the face behind the Vader mask and reputedly even got to speak his lines on set, as his west country accent was dubbed over by American actor James Earl Jones and British Olympic fencer Bob Anderson featured many of the fight scenes.

According to trusted sources such as IMDb, Prowse was born into a working-class family and grew up in a council estate in South in southwestern England.

He achieves a scholarship to attend Bristol Grammar School.

There, he developed a passion for bodybuilding and had won many British Weightlifting Champion several times in the 1960s.

He was lifelong friends with actors Arnold Schwarzenegger in his weightlifting years.
It was a broad physique and towering body that helped him land roles as monsters and villains in TV shows and films. He performed many acts such as the monster in “The Horror of Frankenstein” in 1970 and a bearded torturer in “Carry on Henry” in 1971.

In 2011, he published an autobiography, “Straight from the Force’s Mouth.”

US Election Results Updates: Joe Biden will be 46th President of the United States,Kamala Harris...

Military coup in Myanmar: Detained Aung San Suu Kyi,Win Myint and other leaders,Emergency for one...

Coronavirus latest news: In Europe one person dies from coronavirus in every 17 seconds, warned...